NAMES OF BIRDS IN KIPSIGIS

Names of personalities based on social roles amongst Kalenjins

April 26, 2020
Teta
Plural:Tuga
Other forms of the word:tany,tich (singular,plural respectively).
Meaning:
1. Teta-Cow, universal name, for both male and female. A male cow is called 'kirgit' if it is not castrated or 'eito' if it is. Plural is 'kirugik' and 'eik' respectively.
2. Teta- A valuable. Anything valuable to a kalenjin is a cow. Be it an electronic, a vehicle, a piece of land or even a woman. Especially a woman who is not legally someone's. A beautiful woman passes by and a Kalenjin man would ask another, 'bo ng'o tanyi?' i.e 'whose cow is this'.(For the benefit of modern day slayqueens, don't be offended if you are called a cow. On the contrary, feel proud). Of you encroach a Kalenjin man's land, he will ask you ,"why are you joking with my cows?'. A kalenjin parent will rebuke their child who has failed in exams as having wasted their cows.
3. Teta. Wages. To a very large extent, wages in Kalenjin land is measured…
Post a Comment
Read more

Different time in a day as per Kalenjin 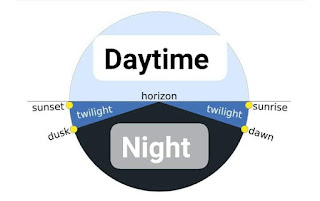